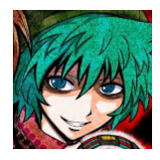 video games i liek: Your Turn to Die (MY FAVORITE OF ALL TIME PROBABLY) Witch's Heart, Genshin Impact, Undertale and Deltarune :3c

i also listen to stuff like All Time Low (!!), stuff from the Punk Goes Pop albums, Avril Lavigne (none of her new stuff tbh) and Evanescence and S3RL and whatevs! One of my favorite songs rn is Beating Heart Baby by Head Automatica even tho idk any of their other songs ^^;

also I have ADHD and right now im hyperfixated on PTV, Care Bears, Animal Jam, and the guy i have a crush on o_O

general interests include stuff like drawing and making kandi. and i scrapbook but only sometiems lol. i also like care bears !!!! and i think creepypasta is cool but im not SUPER into it , like i have base-level knowledge abt most creepypastas except for liek. Jeff the Killer and Slenderman (who are my favs) 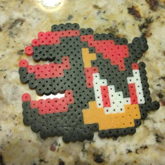