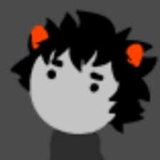 I do have DA(delusional attachment), to the character Tweek Tweak. its not a constant thing, its more episodes if anything. Psychosis is a symptom not a mental illness! it happens because of the fact I have OCD and it is a symptom of OCD. To describe it, sometimes I 100% believe I am Tweek Tweak /srs.

but I also show signs of DID(Dissociative Identity Disorder). As I have had a time where I dont believe it was a DA "episode"(as I had no memory of the events that happened) . I show a lot more signs but that'll take to long, so there are chances are I am a host of a system and have DA, and may also have a Tweek Tweak alter.

Displaying 1-2 of 2 results.
Sort by:
Hello kitty fading into checkers